#FeesMustFall: the poster child of new forms of struggle in SA?

#FeesMustFall: the poster child for new forms of struggle in South Africa?

Vishwas Satgar, University of the Witwatersrand

A reading of the strategy and tactics documents of the African National Congress (ANC) confirms the centrality of class agency, particularly that of the working class, while affirming the importance of nonracial unity. The material foundations for this, at least in the 1980s, were mass movements such as trade unions as well as civic, youth and student organisations.

The United Democratic Front (UDF), deemed by some as the “internal wing” of the then still banned ANC, congealed these forces into a bloc of resistance. In this ferment, hierarchical forms of organisation were established. Most importantly, vanguardist leadership played a determining role through the ANC and the South African Communist Party (SACP). The idea of an elite vanguard, a centralised underground leadership managing a strategic line of command, defined this politics.

The UDF was a mass front for waging a “people’s war” through mass mobilisation. While the UDF had its own democratic grassroots impulses, the Marxist-Leninist imprint and template of this politics was apparent. And, it was not unique to South Africa. The bolshevising of “national liberation” politics or “painting nationalism red” was a feature of 20th century revolutionary politics because of the influence of the Soviet Union.

This is not the politics of the current uprising of South African students, collectively known as #FeesMustFall which has emerged as part of a second cycle of resistance (2007 to the present) in post-apartheid South Africa.

Since 2007, South Africa’s civic protest actions against the lack of service delivery have become much more frequent and more violent. It has become the object of analysis of various sociological studies and sometimes vaunted as the “rebellion of the poor” or “violent democracy”.

South Africa has also been witnessing the emergence of new transformative movements that mark out a second cycle of resistance. They include struggles around building solidarity economies (waste pickers building worker cooperatives), the right to know, equal education, social justice and defence of constitutional freedoms. It also includes struggles for food sovereignty, rural democracy and rights for women.

These struggles cover extractivism (particularly challenging pollution and land dispossessions related to mining), climate jobs and housing. They further include fighting for the rights of lesbian, gay, bisexual, transgender and intersexed (LGBTI) people, as well as struggles against corruption, moves towards rebuilding a new worker-controlled labour federation and a growing emphasis on climate justice.

These are social forces attempting to advance transformation from below. After the Marikana massacre in 2012 there has been a realignment of political forces. With it has come a detachment from the national liberation bloc of parties like the ANC.

These anti-systemic forces are not led by any vanguards. They are agents of transformative counter-hegemony, opposing the dominant ruling class.

#FeesMustFall’s demands for zero fee increases, decommodified education, an end to outsourcing and decolonisation, is in this second cycle of mass resistance. The anti-capitalist impulses in South African society are amplified by all these forces. Alongside Marikana, #FeesMustFall has brought this to the fore in dramatic ways.

#FeesMustFall heralded three new developments in mass politics in post-apartheid South Africa. First, it married social media to mass politics which did not exist in 1976, for instance. This enabled telescoped, speedy and cross-campus mobilisation. Students used Twitter, Facebook, WhatsApp groups and even webpages to communicate with each other. They also married situated mass practices (such as assemblies or occupations or sit ins) to larger political mobilisation. This was new for South Africa.

Second, this political matrix was amorphous, except for moments of media representation which presented “leaders” at the forefront. In practice, this was not the case in the university space. There, various groups jostled for influence. Mass mobilisation was catalysed through social media and common resistance activity, providing moments for mass convergence.

In many ways, #FeesMustFall was leaderless. At the same time, it had a powerful group and populist logic at work. It was a prototype of a grassroots-driven force with a leaning towards horizontality – but this did not fully mature.

At Wits University, for example, deliberative processes did not mature into intense democratic group deliberation as they had done in the US Occupy Movement. This has to do with the nature and orientation of crowd politics coming together in #FeesMustFall and its limits. Instead, final decisions were made through a rather loose assembly format and yes/no procedure around actions (Molefe 2016) and were often driven by particular groups.

This weakness and internal tension of leaderlessness, existing alongside intense contestation between groups for leadership, did not provide much space for debate about strategy and tactics. Ultimately it also fed into divisions within #FeesMustFall.

Third, #FeesMustFall was about copying developments from different campuses, what is known as a mimetic politics. So if students marched and protested at one campus, others followed.

Or, if students occupied particular spaces at a certain university this was repeated at other campuses embracing the revolt. It was a copycat practice that also had a life of its own and reinforced the role of social media and “leaderlessness”. This mass dynamic, however, could have been given greater coherence if #FeesMustFall had moved early on to democratically elect a collective leadership on campuses and nationally. That did not happen, but despite the weakness, the mimetic dynamic gave a critical mass to #FeesMustFall. It gave a capacity for mobilisation which culminated at the South African government’s seat of power, the Union Buildings in Pretoria in October 2015.

#FeesMustFall represents a new populist crowd politics. It brings forth strengths but also weaknesses. Without deeply democratic practices and institutional representation it could easily degenerate. At the same time, it is about a post-apartheid generation evolving a politics of its own. Its aim is to reclaim and transform the public university and challenge the crisis of national liberation politics, alongside other rising movements.

This is an edited version of a chapter from ‘Fees Must Fall; Student Revolt, Decolonisation and Governance in South Africa’ (Wits University Press)

This article was originally published on The Conversation. Read the original article.

Posted by Unknown at Saturday, November 26, 2016 No comments: 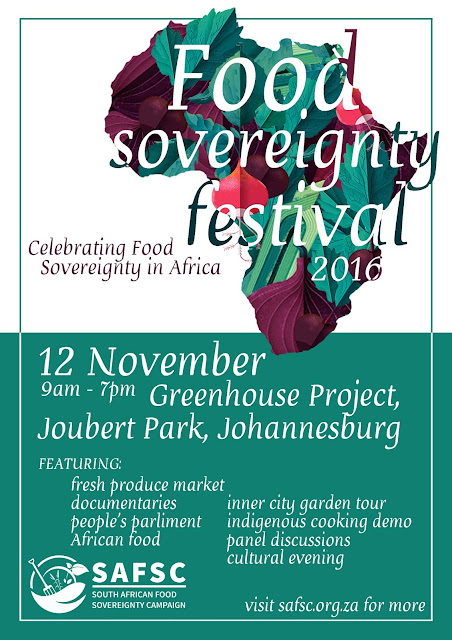 Posted by Unknown at Thursday, November 03, 2016 No comments: