Invite To Peoples Bread March and Speak Out!

South Africa’s drought is affecting millions of people and increasing starvation. Coal burning is killing us. Climate change is further exposing the problems with a corporate controlled food system. Before the drought 14 million people went to bed hungry and about 46% were food insecure. Many more are suffering now. Food profiteering denies us the right to food under the constitution.

All studies show bread and food prices are increasing because of the drought and a corporate controlled food system. At the same time, Grain South Africa has confirmed that imported wheat is cheaper than local wheat. Bread prices should not be going up but should be declining. We are experiencing a ‘bread price scam’. The Competition Commission has failed to stop this. Some retailers believe by keeping bread price increases below food inflation is acceptable. We reject this profiteering given the crisis facing our society.  Its time for peoples power, through non-violent action,  to end food profiteering

We demand:
·       No to any bread price increases. Instead, we demand #breadpricesmustfall and #foodpricesmustfall.
·       Criminal prosecution of CEOs of food corporations imposing bread price increases which deny us the right to food;
·       An investigation of the bread price scam and its impact on the poor by the Public Protector and the Human Rights Commission;
·       An end to outsourcing and descent work for food industry workers;
·       A Food Sovereignty Act to diversify our food system and ensure the people control the food system;
·       South Africa must #BreakFreeFromCoal Now!
·       Zuma and food profiteers must go!

Unite against hunger and food profiteering. Join us for Peoples Bread March and Speak Out:

Its Up to Us to Make Sure Zuma Goes!

Zuma Must Go - Plan of Action!

We accept that the resignation of Zuma will not resolve all the challenges we face in restoring democracy and accountability, but it is a necessary first step. We also call for the National Assembly to be dissolved, and for national elections urgently to be held. We shall not accept the replacement of one thief by another. We have resolved to embark on a national rolling mass action to force Zuma to resign. We call upon all patriotic South Africans, black and white, young and old, to take power back to the people by participating in our mass action. We the people have resolved:

1.     to launch a rolling mass action on Freedom Day, 27 April 2016, at the biggest rally of all time in Johannesburg, Beyers Naude Square;
2.     to organise sit-ins, in all nine provinces, at national symbols of political and economic power until Zuma resigns, and to peacefully disrupt all public platforms where Zuma is scheduled to speak as he no longer has the authority of President;
3.     to use our organisational and material resources to mobilise support for the Zuma Must Go campaign;
4.  we demand a reform of our electoral system to enable South Africans directly to elect their President and members of Parliament;
5.  to consider a range of other proposals, including withholding tax, weekly pickets and  holding a Festival of Resistance;
6. to link the struggle against corruption with the struggle against poverty and hunger, and for food sovereignty by supporting the Drought Speak Out campaign activities and the demand for food prices to fall;
7.  to mobilise other sympathetic civil society organisations, including trade unions, student and youth organisations,  our families and friends, to take part in our mass action;
8.     to join hands with communities protesting about service delivery;
9.     to continue to build a broad coalition of forces which is based on principles of non-violence, maximum participation and discipline; and
10.  to demand a meeting of Civil Society organisations with President Zuma to tell him to resign;

This National Civil Society Action Plan expresses our patriotic resolve to restore faith in South Africa’s constitutional democracy. It is a clarion call for all South Africans to defend and use the state as an instrument to improve the lives of the poor, to create jobs for the unemployed and to advance the interests of our country.

Power to the People!
Posted by Unknown at Saturday, April 16, 2016 No comments: 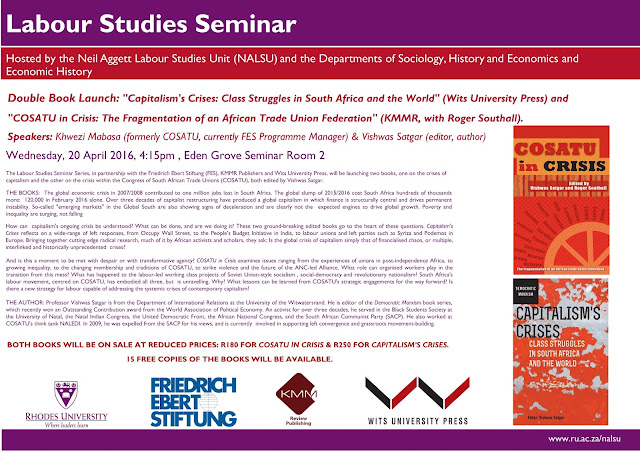 Escalate The Call: Zuma Must Go! 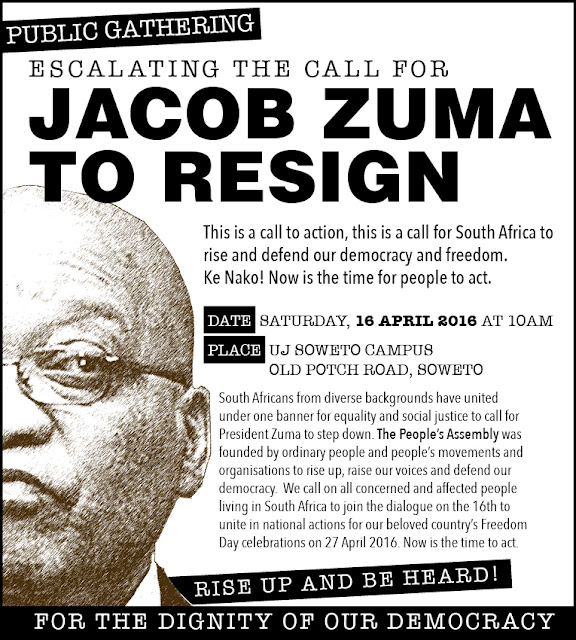 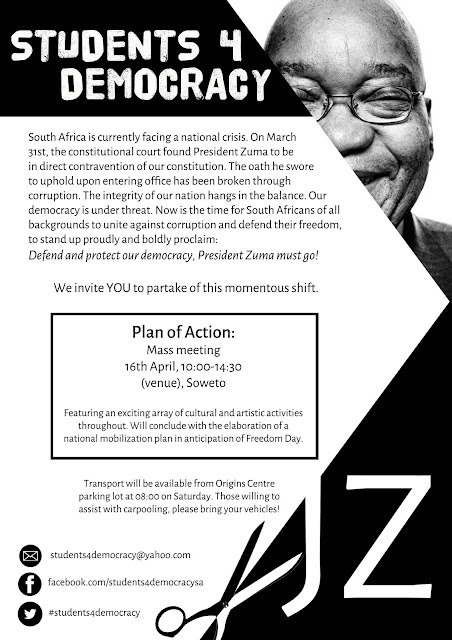 Call for President Zuma to Resign!

This evening an alliance of civil society, church, trade union and academic organisations held an urgent meeting to discuss the growing political and economic crisis that faces South Africa. In attendance were representatives of the Anglican Church of SA, the Evangelical Alliance, the SA Christian Leadership Initiative, the United Front, trade unions, the artists’ coalition and civil society organisations including Corruption Watch and the TAC.

The meeting took place in the wake of another vote in Parliament which, by voting against impeaching the President, dishonoured our Constitution and disappointed millions of people. This means our country will continue to lurch from crisis to crisis. Clearly the National Assembly has yet to understand the Constitutional Court’s pronouncements on the separation of powers and its primary duty to defend and advance the Constitution.

People are feeling pain. Anger and urgency is growing. Ever larger numbers of people and organisations join the clamour to insist that Jacob Zuma resign or be removed by the ANC. Political parties have failed. Persuasion and appeal has failed. The courts have spoken. Now the people will have to reclaim our hard won democracy from those who defile it for self-interest. 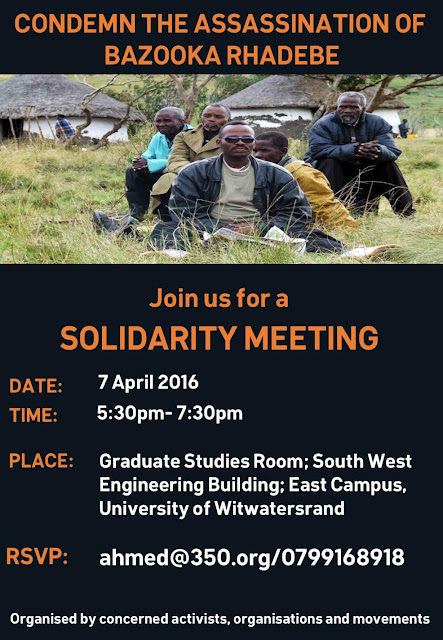