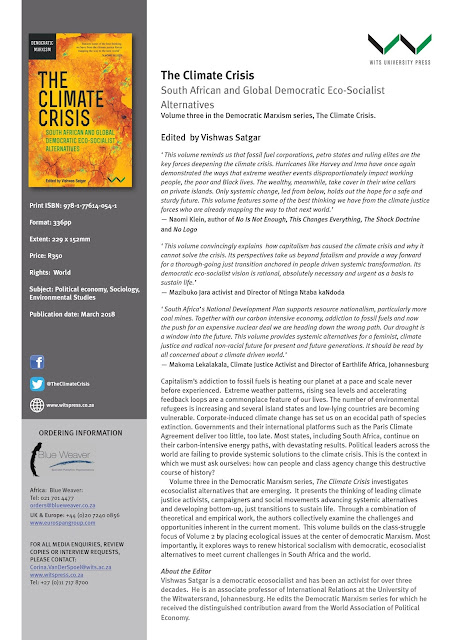 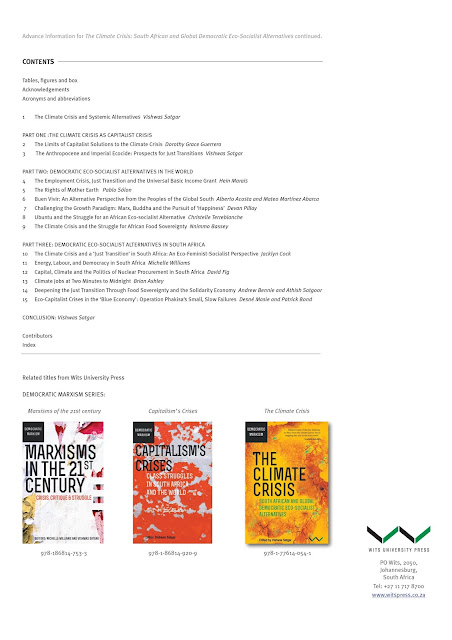 Posted by Unknown at Saturday, October 28, 2017 No comments: 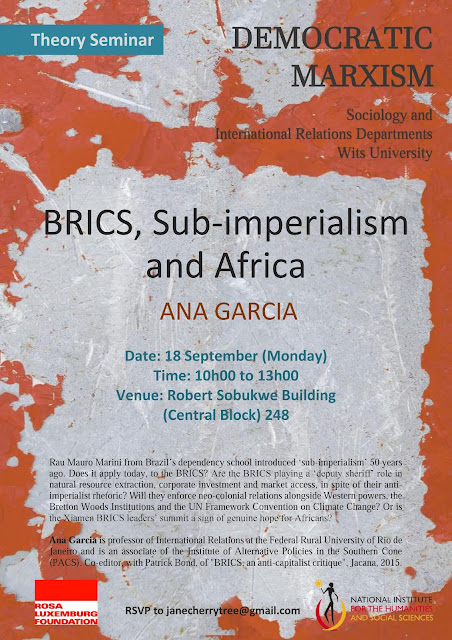 Invite Public Lecture: Trumpism and the State of US Politics 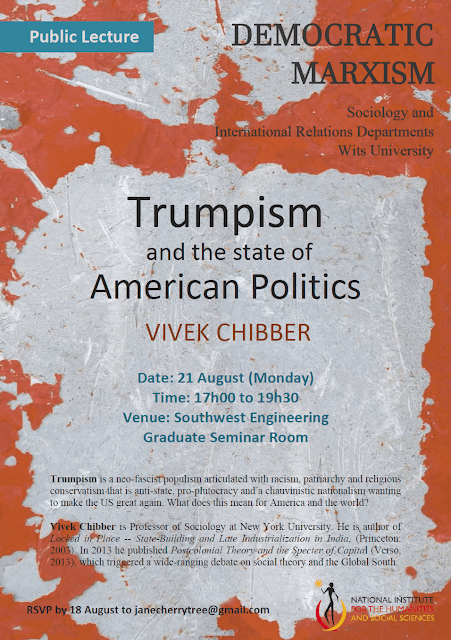 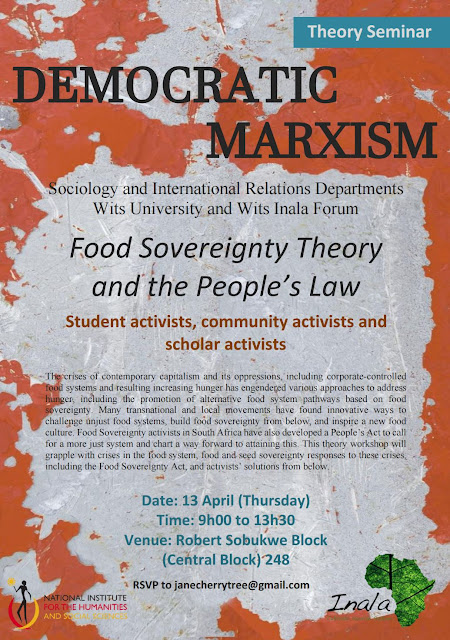 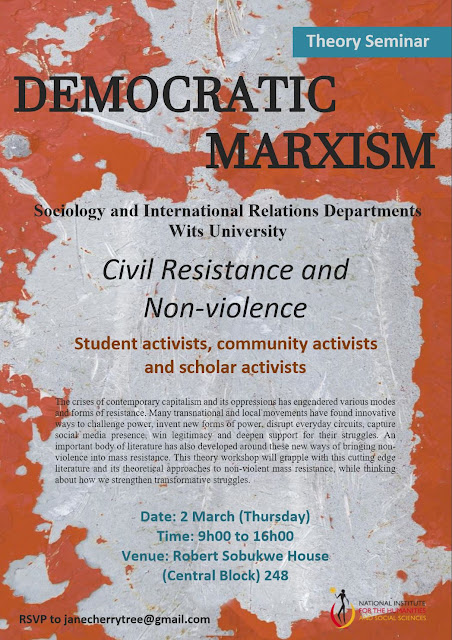 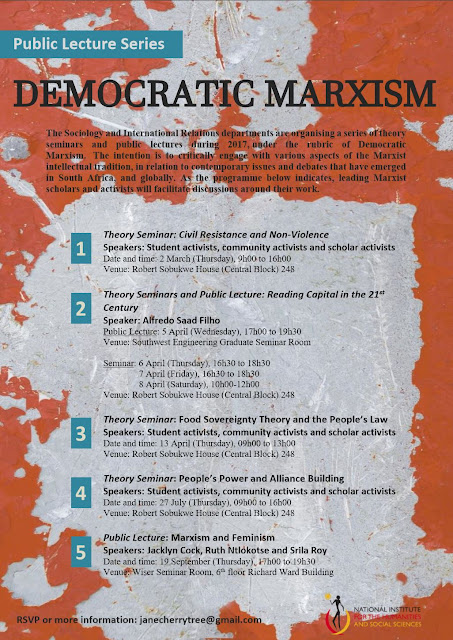 Discussion on the state of the nation and role of citizens. All invited.

Active Citizens Movement (PMB ) Cordially invites you to attend its inaugural workshop. This workshop will seek to establish the ACM purpose & vision in its quest to achieve an active citizenry. In so doing it would seek to hold government to account and promote a developmental strategy to empower and organise communities to best employ their rights which are contained in the Constitution of SA. Date: 21 January 2017 (Sat) Venue: Regal Inn Conference Centre, 47 Alan Paton Drive, Pietermaritzburg. Time: 1pm - 6pm AGENDA Speakers 1) Professor Vishwas Satgar - State of the Nation 2) Judge Thumba Pillay - The role of the Constitution in SA 3) Siva Naidoo: Dbn ACM chair - Role of active citizenry 4) Pacsa community speaker - Day to day struggles 5) Fish Maharaj - ACM Presentation: 6) Four Commisions would be talking to the expert input from the first 4 speakers. the ACM will develop its programme of action from this. Plenary session - 90 minutes 7)The Keynote Speaker Professor Khushta Jack - Save SA - Reclaiming the legacy of people power vs. the politics of power Snacks/supper RSVP: a) Sibusiso Khanyile, sibuk@pacsa.org.za • +27833294554 b) Chris Whyte, chriswhyte@mweb.co. za • +27824158138 c) Babu Baijoo, babu@futurenet.co.za • +27837800504
Posted by Unknown at Sunday, January 15, 2017 No comments: